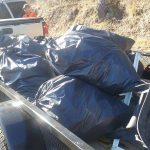 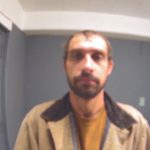 On Wednesday, November 2, 2016, a resident of the Toxey community reported the theft of a four wheeler.  The Choctaw County Sheriff’s Office began an investigation and on Tuesday, December 13, 2016, Justin Adams was arrested for Conspiracy.  On Tuesday, January 4, 2017, Ollie Curtis III was arrested and charged with Conspiracy and Probation Violation.  […]

Friday night, December 30, 2016, deputies with the Choctaw County Sheriffs Office performed a traffic stop on Bobwhite Road at U.S. 84 in the Silas area.  While on this stop, a second car pulled up behind that traffic stop while it was in progress.  Deputies approached the second car which was driven by Donald Jones. […] 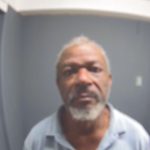 On Wednesday, December 28, 2016 at approximately 7:15 A.M., the Choctaw County Sheriff’s Office stopped a vehicle on Alabama 10 for a traffic violation. During this stop, deputies discovered 13 gallons of illegal moonshine. The suspect, McArthur Cowan, of Thomasville, Alabama was arrested for Transporting Untaxed Alcohol and received citations for a switched tag, driving […]

The Choctaw County Sheriff’s Office has launched a new website for the citizens of Choctaw County. The site is informative as well as functional as it serves as a community hub for keeping up to  date on the latest happenings in Choctaw and surrounding areas. We are still under development and will have new features coming soon! Scott Lolley […]