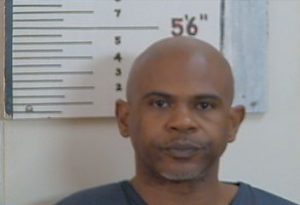 JOHNSON was arrested in Sumter County Alabama on March 4, 2020 at approximately 10:22 P.M.

Sheriff Scott Lolley would like to thank Sheriff Brian Harris and all of the Sumter County law enforcement for this arrest.

CAPTURED
JOSEPH LADELL JOHNSON
CHARGES:  Burglary 1st, Attempted Murder, and Kidnapping
Additional charges of Attempted Murder and Kidnapping have been added to JOHNSON.  More charges will be added soon.  Johnson was involved in an altercation around 4 A.M. in Butler, AL
Anyone with information is encouraged to call the Choctaw County Sheriff’s Office at (205)459-2166 or Butler Police at (205)459-3794.