Arrest in destruction of power poles 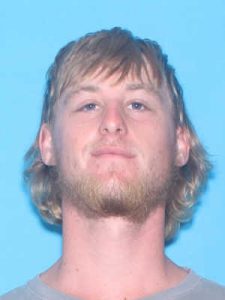 The Choctaw County Sheriff’s Office has received a total of four calls to active power poles being cut down by someone using a chain saw.  From the time the first pole was cut down, the Choctaw County Sheriff’s Office began an investigation into this activity.  On Wednesday, March 3, 2021, the sheriff’s office received it’s fourth call to this issue.  During that time, Noah Daniel Pugh of Coffeeville, Alabama was interviewed and confessed to the crimes.  On March 5, 2021, warrants were obtained on Pugh for three counts of Damage to Utility or Cable Property.  Bond was set at $15,000 for each count.  On Friday, March 12, 2021, Pugh turned himself in to the Clarke County Jail where he is out on bond.

Sheriff Scott Lolley would like to thank Black Warrior Electric for their help in investigating this case.